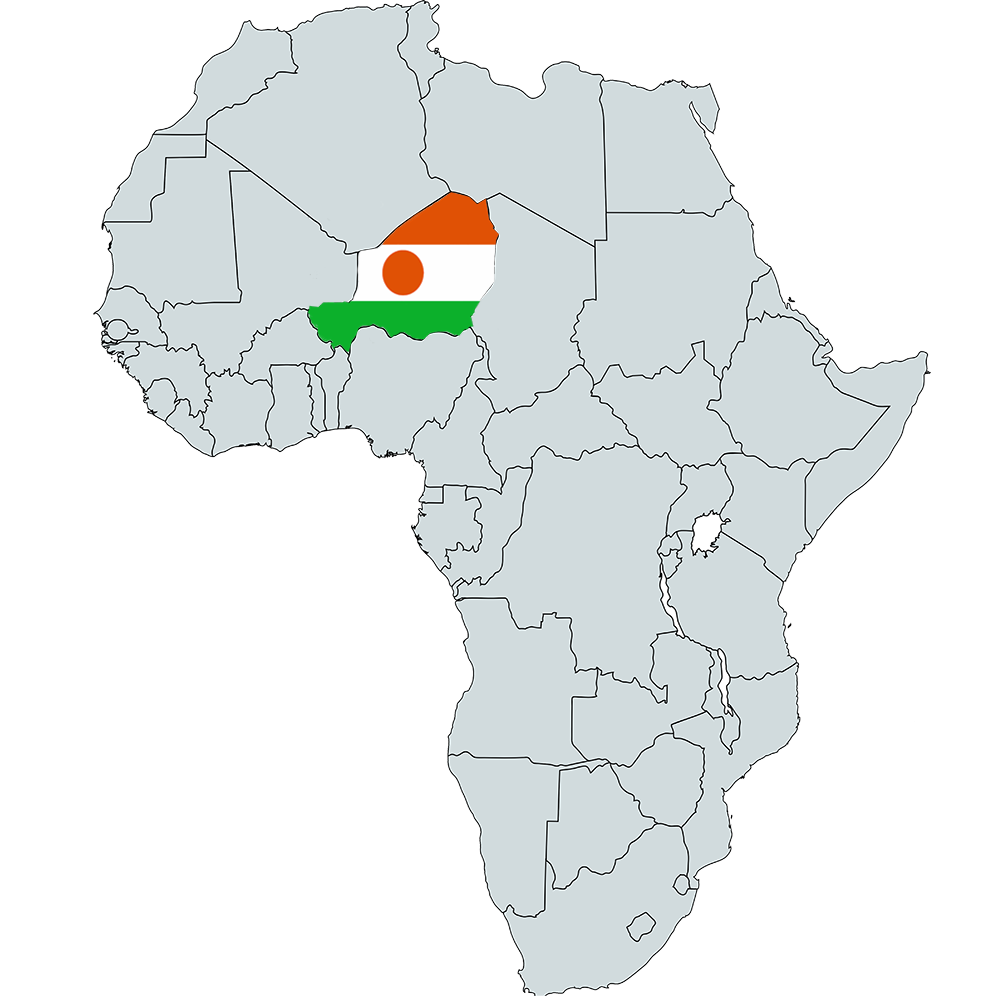 Niger is the world’s fourth biggest producer of uranium, which accounts for at least 70% of the country’s exports and contributes to around 5% of the GDP.
Other substances mined in the country are: gold (most detrimental industry), tin, gypsum, coal, and phosphates. The mining industry, concentrated in the North of the country, is dominated by the exploitation of uranium, with uranium, coal and gold mined industrially. Small-scale gold mining is practiced in the Liptako region and mined by only one company, the S.M.L. with 2 licenses in the Liptako region.
The share of ASM operations is poorly understood because most of the production escapes the control of the national accounts. It was estimated at 0.41% of GDP in 2011 and only 7.11% of the total production of the extractive industries. However, the economic and social weight of artisanal and small-scale mining operations is significant since 450,000 people work in these operations and more than 20% of the population depends on them as a single or complementary source of their livelihoods. ASM in Niger mines mainly gold, salt, gypsum, and cassiterite. Coloured gemstone potential is reported in the Air Massif region in the north, Liptako region in the west and the Damagaram-Mounio, Zinder and Maradi areas in the south.
Presently, there are 69 artisanal gold mines across the country with 24 artisanal sites where gold is mined and processed using cyanide. Only three of these sites could be considered as having some form of “government control or supervision” whether by the presence of technical support, security guards or tax agents. It is estimated that two tonnes of gold are produced every year by Niger’s artisanal gold mines.

Mining Code of the Republic of Niger, 2006

Mining Code of the Republic if Niger, Art. 131

Judiciary police officers, duly authorized agents of the Directorate of Mines and any other agents commissioned for such a purpose shall have powers to investigate, seize and search, wherever necessary. While investigating offences, they shall also have the right to make body searches. Body searches involving women shall only be conducted by physicians or other women.

Equipment for ASM through equipment loans and grants schemes is meant to be efficiently provided for by the government whilst rendering assistance in organization of ASM in associations and cooperatives with training programs on business management and management of cooperatives.

The Niger government is meant to provide or facilitate water supplies to ASM communities, Health assistance by the Ministry of health, schools for children in the ASM communities in coordination with Ministry of Education. With additional assistance being sensitization campaigns on health, safety and environment and the need to form associations of ASM and dissemination and promotion of the mining law and regulations. Technical training in mining methods that can improve the quality of working conditions of ASM and increase the productivity.

No official support for marketing, market related structures or quality metrics exist for artisanal and small scale mining. However, gold is mainly sold to buyers and brokers and occasionally the producers sell directly to consumers in Niamey. The buyers clean the gold (smelting) before they buy from the miners. The smelting helps to clean other metals and remains of mercury in the sponge gold. The export of gold in Niger requires an export licence and there is a fee for gold and other minerals exports. However, gypsum is mined and sold to the local market and this includes the cement factories through brokers.