Africa has recognised its need to harness the mineral resources in an integrated and sustainable way which will allow African Countries and their citizenry to benefit more from their resources. The Yaoundé Declaration of 2002 envisages how policies and programs directed towards the ASM sub-sector may contribute to sustainably reducing poverty and improving livelihoods in ASM communities. The Yaoundé Vision for ASM was deemed to offer best practice for enhancing performance of the sector at national, regional and continental levels by 2015, in line with the MDGs. The AMV, adopted before 2015, was already a trailblazer to the Post 2015 agenda, and it is hoped that over time its adoption, and implementation, whose tenets are already linked to those of the Yaounde Vision, will achieve strong progress towards linking ASM to the overall economic development of the continent and enabling the sub-sector to play a critical role in poverty alleviation and ultimately, eradication. ASM is also seen as contributing significantly to the structural transformation of economies through forward, backward and side-stream linkages created and enhanced by mineral beneficiation and value addition. 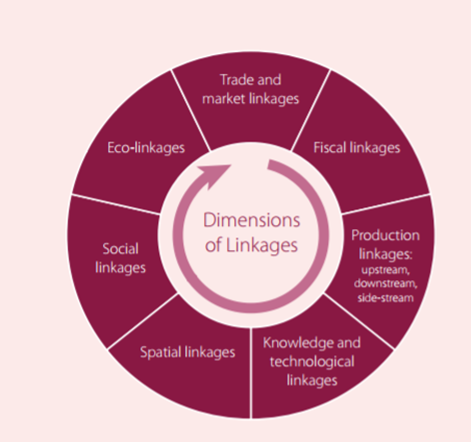 The Yaoundé Declaration recognised the role of ASM as an economic stopgap, an incubator for entrepreneurship and a catalyst for the development of complementary and alternative productive activities necessary for sustainable poverty alleviation in rural areas. It further takes note of the critical role women could play in the development of mineral resources, especially in small‐scale mining.

The Second Plenary Meeting of the African Mining Partnership was held in Cape Town in 2005. Among other things, the meeting highlighted the key aspects for ASM recognition in Africa which included:

• A review of existing strategies on financing and marketing which should be finalised so that best practices are developed and tested in selected countries;
• The need to address health, safety and environmental hazards in trial field projects in Ghana and Mali.
• The formation of an association for African geological surveys that will, among others, consider problems associated with establishment of a database on available geosciences information and regulatory framework

In 2007, UNECA jointly with the African Development Bank (AfDB) organized the Big Table which aimed at advancing discussions on the challenges of effectively managing Africa’s natural resources for growth and poverty reduction on the continent. The meeting also discussed the agenda for future action. The meeting mainly noted that natural resources exploitation can contribute to growth and development in Africa. However, for this to happen, sound governance systems, capacity to administer and monitor the sector, and better linkages between the natural resources sector and other sustainable sectors of the local economy are required.

In February 2009, the AU Heads of State and Government, at their Summit held in Addis Ababa, adopted the Africa Mining Vision (AMV). The vision advocates for “transparent, equitable and optimal exploitation of mineral resources to underpin broad-based sustainable growth and socio-economic development”.

The vision is essentially a strategy for integrating Africa’s mining sector into its broader social and economic development processes, and in this manner, addresses the persistent poverty and lack of development.

• A knowledge driven African mining sector that catalyses and contributes to the broad-based growth and development of, and is fully integrated into, a single African market through: - Downstream linkages into mineral beneficiation and manufacturing. - Upstream linkages into mining capital goods, consumables and services industries. - Side stream linkages into infrastructure (power, logistics, communications and water) and skills and technology development. - Mutually beneficial partnerships between the state, the private sector, civil society, local communities and other stakeholders.
• A comprehensive knowledge of its mineral endowment.
• A sustainable and well governed mineral sector that effectively garners and deploys resource rents and that is safe, healthy, gender and ethnically inclusive, environmentally friendly, socially responsible and appreciated by surrounding communities.
• A mining sector that has become a key component of a diversified, vibrant and globally competitive industrializing African economy.
• A mining sector that has helped to establish a competitive African infrastructure platform, through the maximization of its propulsive local and regional economic linkages.
• A mining sector that optimizes and husbands Africa’s finite mineral resource endowments; and that is diversified, incorporating both high value metals and lower value industrial minerals at both commercial and small scale levels
• A mining sector that harnesses the potential of artisanal and small scale mining to stimulate local/national entrepreneurship, improve livelihoods and advance integrated rural social and economic development.
• A mining sector that is a major player in vibrant and competitive national, continental and international capital and commodity markets.