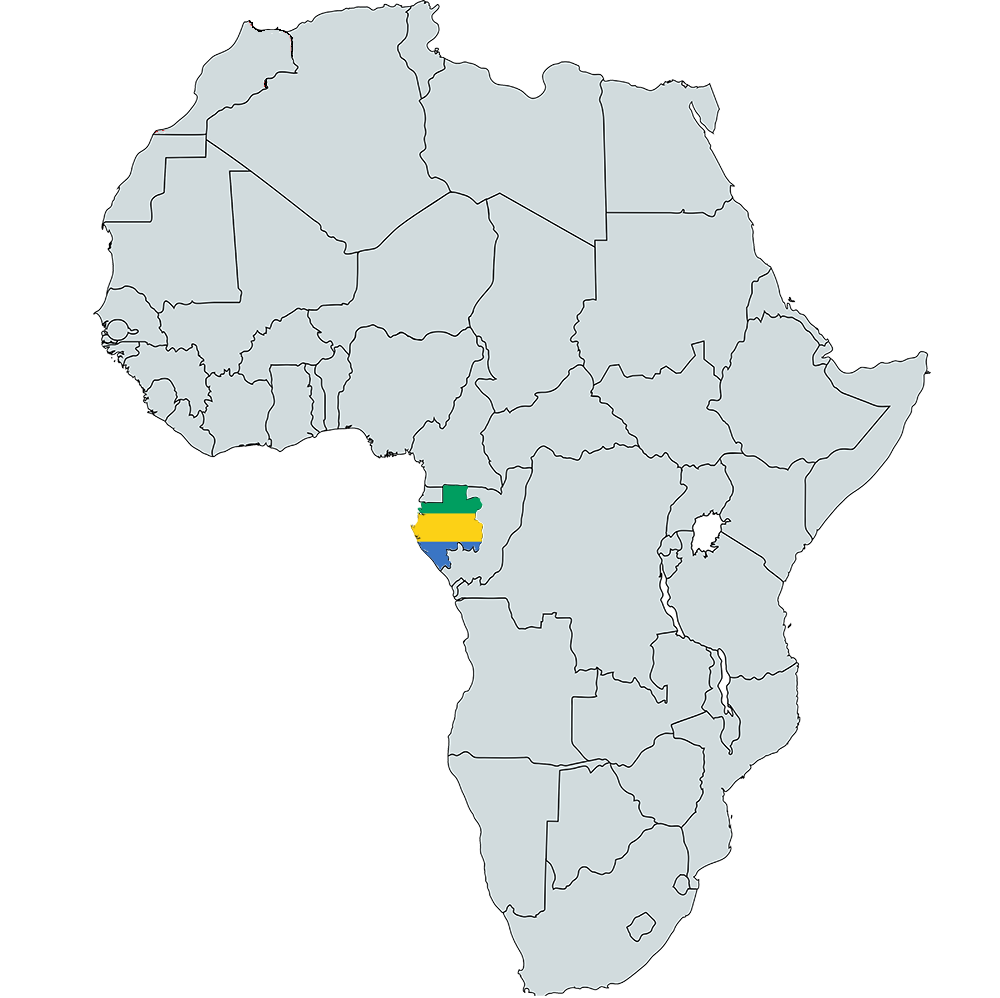 The mining sector in Gabon is mainly focused on the exploitation of manganese, the country is the world’s second-largest producer of high grade manganese ore. Gabon holds tremendous mineral potential, the extractive sector is dominated by oil which accounted for up to 80% of the country’s exports 45% of the GDP and 60% of the budget revenue over recent years. Gold is the only other metal being mined in Gabon. Gabon possesses a fair amount of gold, however, some of those deposits are located inside protected areas. Hence, the Gabonese challenge is one of making sure the country, if the course is pursued, benefits from its gold deposits without damaging the biodiversity of the Minkébé National Park. The total national production is estimated at around 2 tonnes, half of which derives from ASM activities. It is estimated that since the late 1930s up to 40 tonnes of gold have been extracted using ASM methods. The government is keen to promote artisanal gold mining as a means of providing both employment and revenues to poor communities in the country’s hinterland, as well as to control its sale. Gabon’s goal would be to strategically build on its gold reserves and increase its production while preserving the environment. In general, ASM’s biggest impact is on critical ecosystems in Gabon directly affecting biodiversity, forest and water. The goal is to produce up to 50 tonnes cumulatively over the period 2013-2025.
ASM has been practiced for many years in Gabon, but this has mostly been done informally reducing the potential significant role it can play in local development. Known ASM sites are located in the provinces of: Estuaire, Haut-Ogooué, Moyen Ogooué, Ngounié, Nyanga, Ogooué-Ivindo, Ogooué-Lolo and Wolue-Ntem.

No provisions for women

I. The government will create a conducive environment for investment, particularly for Greenfield projects;

II. The government’s mining and oil revenues share will be increased through negotiated interests and increased corporate tax;

III. The government will make protection of the environment compulsory and compel firms to have robust corporate social responsibility programmes.

With the decline in oil reserves the country has therefore based its new strategy on diversification. The government is aiming at diversifying its economy and notably promoting the development of its industry in the framework of its “Emerging Gabon” strategy, with the goal of quadrupling the mining sector’s contribution to GDP within ten years. In common with recent mining reforms in Francophone Africa, the New Bill sets the State’s rights to a participation in the share capital of mining companies. The New Bill also proposes the creation of a “Regulatory Authority” in charge, among others, of guaranteeing the practice of a fair and effective competition in the framework of mining operations and of ensuring compliance by mining companies with their obligations.
Today, the country is committed to diversifying its economy and becoming an emerging economic power by 2020 through its sustainable development strategy referred to as “Emergent Gabon”. The new strategy is built on three pillars: “Gabon Vert” (Green Gabon): to sustainably develop Gabon’s natural resources. “Gabon Industriel” (Industrial Gabon): to promote local processing of primary materials, export of high value-added products. “Gabon des Services” (Services Gabon) to develop the Gabonese workforce to become a regional leader in financial services, ICT, with green economy, higher education and health level. The Gabonese government has expressed an interest in developing ASM in alignment with its ‘Green Gabon’ vision.

The EU’s SYSMIN (Mining Sector Support Programme) finances investment in the ASM gold sector aiming at: Conducting a synopsis study of the sector; Organising seminars on artisanal extraction techniques; Re-organising the service in charge of technical assistance to the artisanal miners; and disseminate equipment.

As part of the government’s efforts to promote ASM the Comptoir Gabonais de Collecte d’Or CGCO (Gabonese Counter for Gold Collection) was created in 2013 to collect and process gold output. Different branches were opened across the country to provide more accessibility to miners. The CGCO also created a “Gold App” which makes traceability of gold possible but also provides data on the gold mining industry. The CGCO agents are also equipped with smartphones that allow them to collect data on gold prices, quantity and location of collection when they are on site. A technical Assistance Office of the Mining Ministry was created to provide support to ASM to better organise the sector and make a greater contribution to the GDP.
For miners who desire to organise, the legal option of a cooperative is available to them, however, artisanal mining cooperatives seem to be in a legislation void.

Other measures were put in place by the CGCO including the analysis of samples for quality control, this facilitates the creation of the national map on gold content. The Counter also opened a smelter plant to manufacture marked raw gold bars to ensure greater traceability.