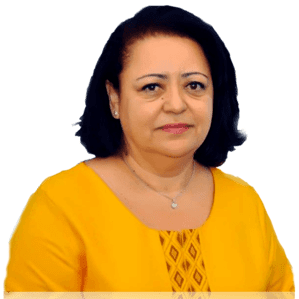 Mrs. Karima Bounemra Ben Soltane has been the Director of the African Institute for Economic Development and Planning (IDEP) since August 2015. IDEP is a pan-African institution established in 1962 by the United Nations General Assembly, whose primary mandate is to accompany and assist newly independent African countries in building the capacity of their human resources as a prerequisite for the sustainability of their independence and the promotion of Africa's socio-economic development. The work accomplished by IDEP since then is based on a vision of the Institute as a recognized and acknowledged institution in Africa in the areas of advanced management development and capacity building and economic development planning for the benefit of national, sub-regional and regional decision makers.

Mrs. Ben Soltane was previously Director of the ECA's Information for Development Division, based in Addis Ababa, Ethiopia, which aimed at promoting the use of knowledge, information and communication for economic and social development in Africa.

Among its many accomplishments, it coordinated the achievement of the AISI (African Information Society Initiative) goals by supporting the efforts of African member states to formulate ICT policies and implement the corresponding action plans. This has resulted in a very strong participation of African countries in both phases of the WSIS (World Summit on the Information Society) (Geneva 2003, Tunis 2005). She has consolidated a network of partners interested in ICT in Africa and mobilized technical and financial resources to advance the AISI program.

She was involved in national and international activities related to scientific research and ICT. During this period, she participated in various committees responsible for the development of national and regional policies in the field of telecommunications and informatics. She was also an advisor to the European Commission for the selection of ICT research proposals.

From 1992 to 1995, she was director of the "Telecommunications and Networks" department at IRSIT, in charge of multimedia, networks and standardization. She was also chosen to be part of the high-level working group, created at the request of the Conference of Ministers of the ECA, to prepare the AISI. This initiative set out the blueprint for Africa's entry into the information age and the use of ICT for development. AISI forms the basis of ECA's work program in the area of information and communication technologies.

Mrs. Ben Soltane has been involved in initiatives to develop bilingual ICT tools and to establish a national research and technology network. She has taught "Networks" and supervised various research and development projects in Tunisia. She was the president of the Technical Committee of Standardization for Information Technology of Tunisia.

Previously, she was an international expert in ICT standardization. She chaired a group of experts on information technology and management systems at AFNOR (the French standards body) and was the representative of AFNOR at international meetings.

Dr. Ben Soltane has initiated various publications and is a member of many professional organizations related to telematics and information technology. She holds a PhD in information systems from the University "Pierre et Marie Curie (Paris VI - France)" and a degree in computer engineering from the University of Tunis (Faculty of Sciences of Tunis).