THE AFRICAN CONTINENTAL FREE TRADE AREA (AFCFTA) - WHERE DO WE STAND? How Can Parliaments and other Non-State Actors Contribute ? 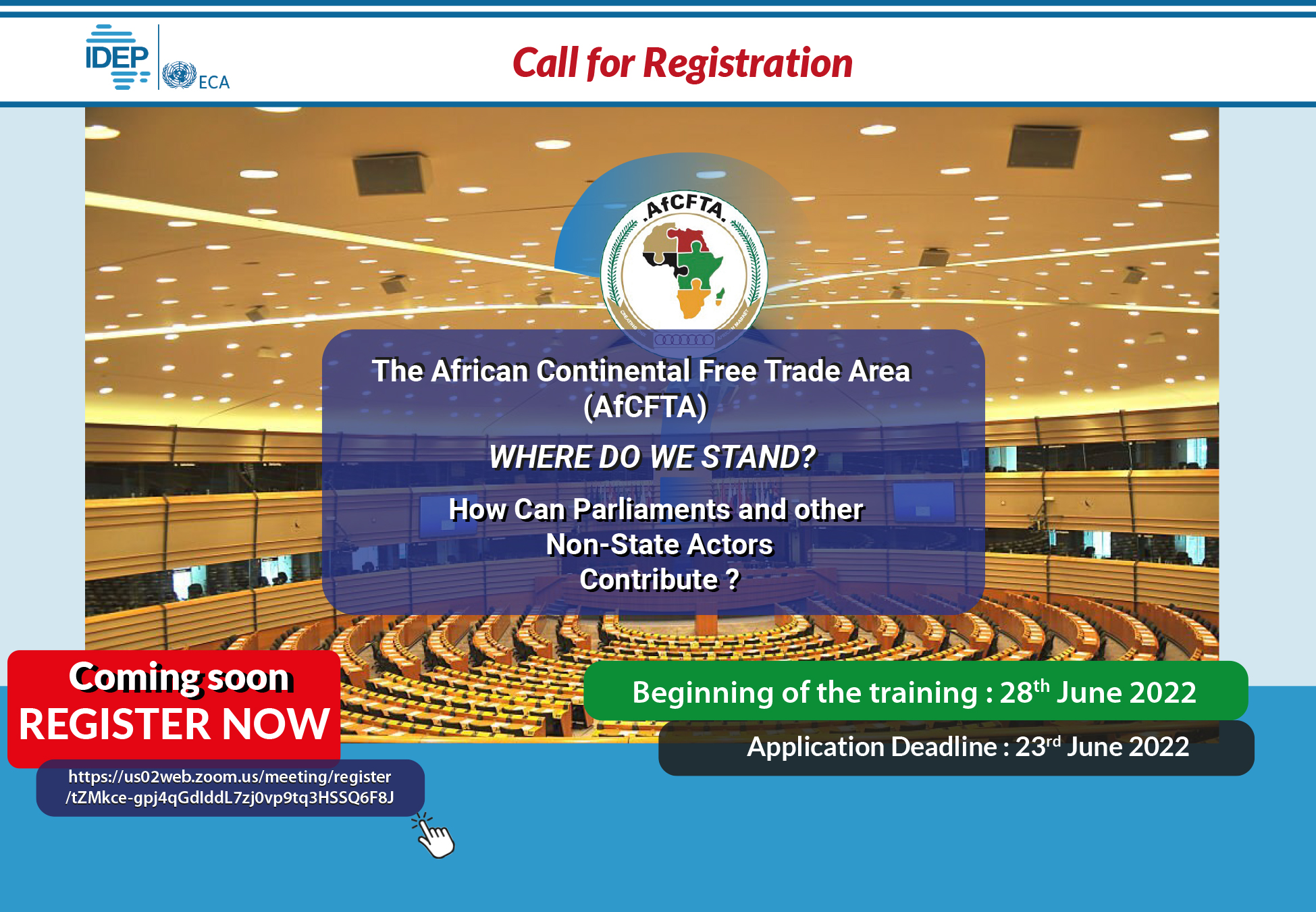 THE AFRICAN CONTINENTAL FREE TRADE AREA (AFCFTA) - WHERE DO WE STAND? How Can Parliaments and other Non-State Actors Contribute ?

The African Continental Free Area (AfCFTA) was officially launched at the 12th Extraordinary Summit of the African Union in Niamey, Niger on July 7, 2019. To date, 54 African states have signed the AfCFTA Agreement and 41 have ratified it. Thirty member states also signed the Protocol on Free Movement of Persons, Right of Residence and Right of Establishment at the Niamey Summit, signalling a highly symbolic, formal initiative to ease restrictions on the movement of people across African borders.

So far, only Phase I negotiations on Trade in Goods, Trade in Services, and Dispute Settlement have been concluded. Phase II negotiations – on investment, competition policy, intellectual property rights, and e-commerce – are currently under way, delayed by COVID-19. Nevertheless, the start of trading under the Trade Protocol on January 1, 2021 in the midst of the pandemic is no trivial achievement. It marks a major milestone in operationalizing the AfCFTA Agreement and in advancing towards the ultimate goal of an African Economic Community, as envisaged by the Abuja Treaty of 1991.

Bringing together 54 countries, more than 1.2 billion people and a GDP in excess of US$2.5 trillion, the AfCFTA can be a potent force in addressing Africa’s persistent marginalization in the global economy and in making Africa’s voice better heard across major platforms. At the continental level, it can help overcome the numerous challenges to regional integration and substantially increase intra-African trade and investment. By leveraging trade as an engine of growth, the AfCFTA can boost opportunities for industrial diversification, generating jobs for men and women, including Africa’s teeming youths, thus contributing towards the development goals enshrined in the African Union’s Agenda 2063.

At the end of this course, participants/learners should be able to: