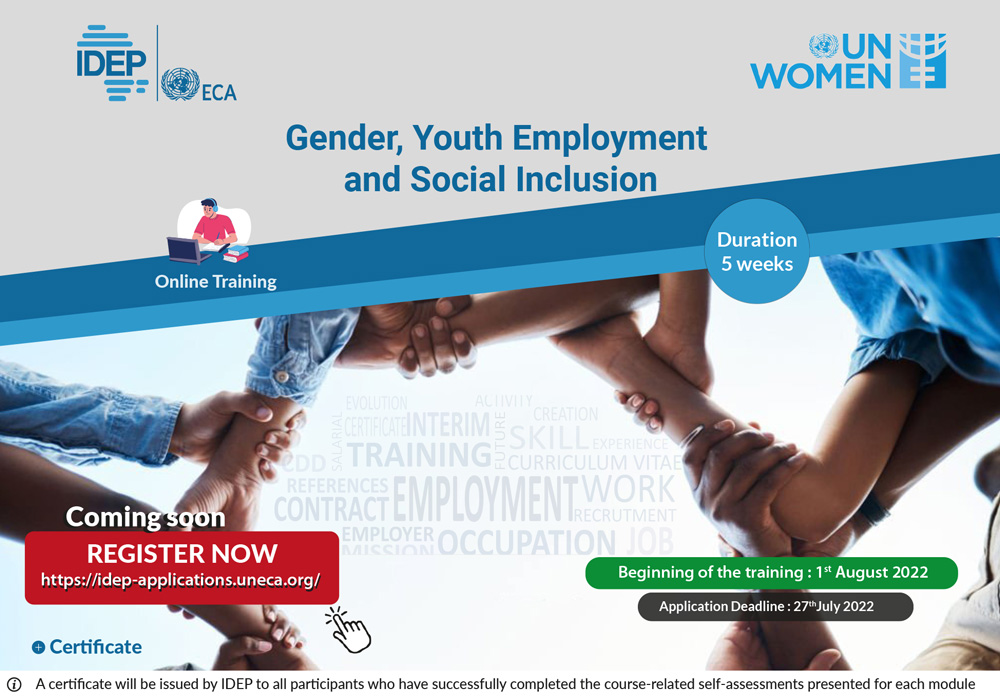 With its 1.3 billion inhabitants – a largely young and energetic population – the continent’s steady economic growth has been, and is, driven by the dynamism and vigour of its people, displaying immense diversity, creativity and innovation. The continent is also endowed with a plethora of natural resources . Africa is in the midst of massive changes in population, development, and growth. Mortality has declined substantially in the past 20 years, resulting in a pyramid-shaped age structure . Africa is currently the world’s youngest region; and young people under 25 years old constitute 60 per cent of the population. By 2030, almost one fifth of the global labour force – and nearly one third of the global youth labour force – will be from this region.

The African region today is home to a labour force that is almost 500 million strong. However, by 2030, the size of the labour force will have grown to 676 million, a staggering 40 per cent increase, driven by the rapidly growing number of youth labour market entrants .

The overarching objective of the course is to provide middle and senior level officials and decision makers with the necessary skills, tools and mechanisms to enhance gender and youth development efforts, to develop gender-informed policies; advance young women’s empowerment, employment and social inclusion in the context of youth employment programming and policy making.