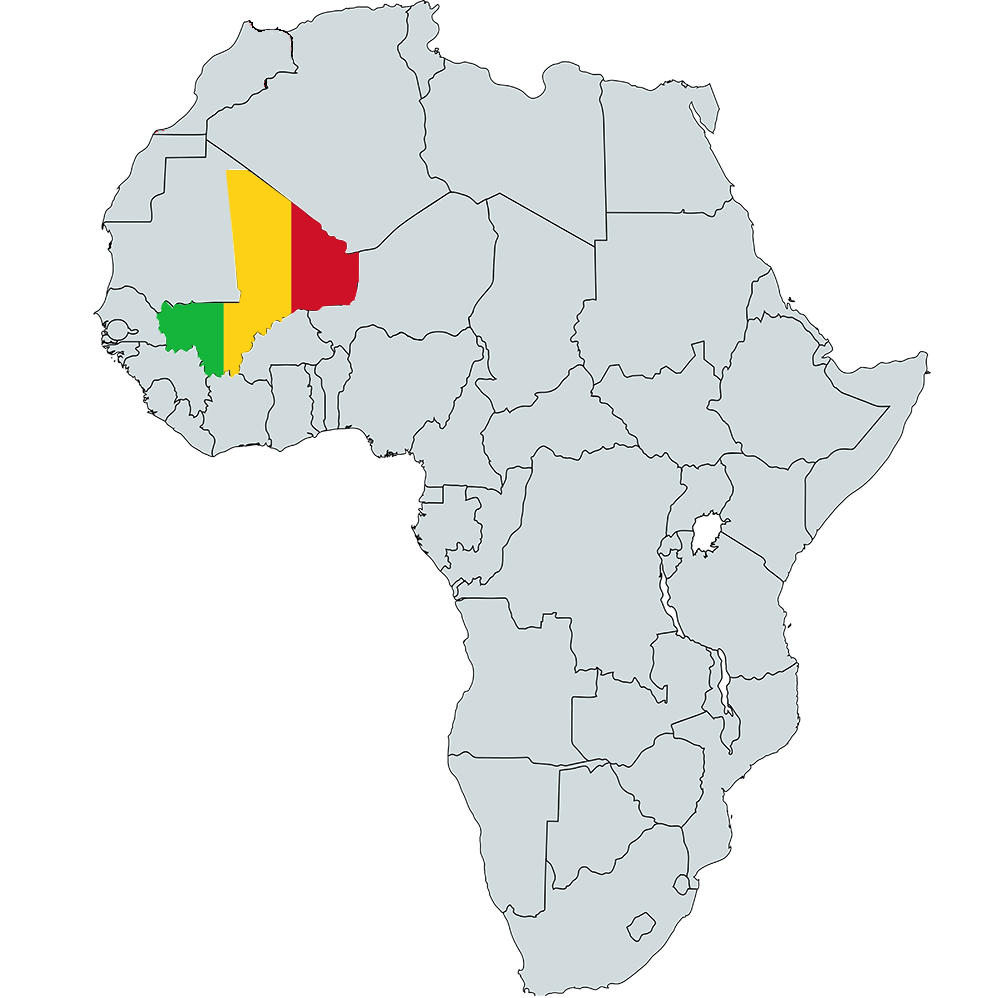 Africa’s third biggest gold producer after South Africa and Ghana, gold production dominates Mali’s natural resource sector. Across the continent the number of artisanal miners has risen steeply over the years, in Mali estimates indicate that up to and slightly above a million people are directly involved in ASM. In Mali, the sector has in recent years seen an explosion of interest with informal miners reaching a million scattered around an estimated 350 sites.
Restrictions on the ASM sector in countries such as Burkina Faso, Ghana and Senegal encouraged artisanal miners in the sub-region to settle in Mali, which partly explains the country’s rise in artisanal miner numbers. Although the country has a long history of mining, large scale production only started in 1984.
Gold production forms the cornerstone of the Mali mining sector, representing 95% of the country’s mineral production. In 2017 production reached 50 tonnes of which 16 tonnes came from ASM, Mali’s economy continues to be largely dependent on gold exports. In addition, to gold, Mali was estimated to also produce about 20,000 tonnes of phosphate rock. Mali also has other mineral prospects as the majority of the territory remains largely unexplored and unmapped. Exploration of manganese, iron ore, and phosphate rock is also underway in the country. A lot of mineral reserves remain unexplored due to a lack of infrastructure, the country has potential for several other unexploited natural resources such as bauxite and base metals.
Although ASM in Mali refers to gold, an IIED report relating to the exploitation of semi-precious stones highlights the untapped potential for precious stones. There are no indicated diamond or precious stones extraction sites however diamonds were found by gold panners in the past. There was a rush in the Diakon zone in the western part of Mali between 1994 and 1995. There, three thousand people extracted more than 15 tonnes of garnet during that year. However, this uncontrolled production saturated the international market and eventually miners abandoned the sites.

No provisions for women

I. The government support the private sector to become a driver for development in the mining sector by supporting private investment ;

III. The government will improve the legal and institutional mining framework.

In order to make its mining sector more competitive, The Government of Mali has engaged in a vast reform program to develop it’s mining sector. Mali’s gold sector is an enclave with weak forward and backward linkages with the rest of the economy.
According to Human Rights Watch at least 20,000 children work in Malian artisanal gold mines under extremely harsh and dangerous condition. Women represent over 50% of the labour at ASM sites, they mostly engage in activities such as panning, washing minerals, transport and crushing. They are also involved in indirect activities around the mines engaging in cooking, supplying water and keeping shops and businesses. The new mining legislation aims at developing and promoting the ASM sector and integrate the activity to the country’s broader development strategies. This refers to: 1.the contribution of ASM to poverty reduction; 2. Promoting women’s role in the sector; 3. Fight against child labour at mining sites.
Despite the positive outlook of Mali’s mining industry, ongoing concern regarding security threats and conflict represent disadvantages to the positive mining outlook and could hinder future investments.

In 2014 Mali planned to increase funding opportunities for its artisanal miners and improve the reform policy of the artisanal gold mining sector.
In 2015, Coris Bank International (CBI) Mali allowed better access to financing for small and medium-sized enterprises alongside artisanal miners in Mali in partnership with the Fond de Developpement Economique (FDE).

In 2012 UNDP started a project which beneficiated artisanal miners in Senegal, Burkina-Faso and Mali. The project objective was to adapt the concept of fair trade born in South America to the West African context. The goal was to encourage formalization in the sector, by promoting artisanal sustainable farming practices to best manage natural capital, preserve the environment and promote economic and social development. It requires reducing, and ultimately, eliminate mercury emissions from gold panning activities.
In regards to processing, Mali’s largest gold refinery Kankou Moussa owned by Swiss Bullion Co. can produce up to 100 kg of gold per day, most of the gold comes from artisanal mining site in the southwest.