What is artisanal mining

Artisanal Mining is characterised by manual labour or minimal-to-no mechanization; minimal-to-no geological knowledge; minimal-to-no start-up capital; is usually unfavourable or ‘unbankable’ due to lack of adequate specific policy and regulatory frameworks; is sometimes formal (with precarious mining passes/cards) but mostly informal; difficult to describe as organised (although sometimes organised into associations and mining in designated areas); has a complex and a disadvantageous market structure that generally gets less than half of the world market price due to interdependency with sponsors, land owners and buyers); highly mobile (they follow the rushes and booms); precarious, unsafe and usually unhealthy or squalid working conditions; marginalised and usually struggling with conflicting land owners and local communities.

Small Scale Mining is usually formal (with mining title); semi-mechanized; has access to some structured, quantifiable though at times still limited geological knowledge; low to medium start-up capital; regulated by the Mining Code; usually required to produce an environmental impact assessment study; while in some countries it is hijacked by “investors” who then produce beyond the allowed output levels. 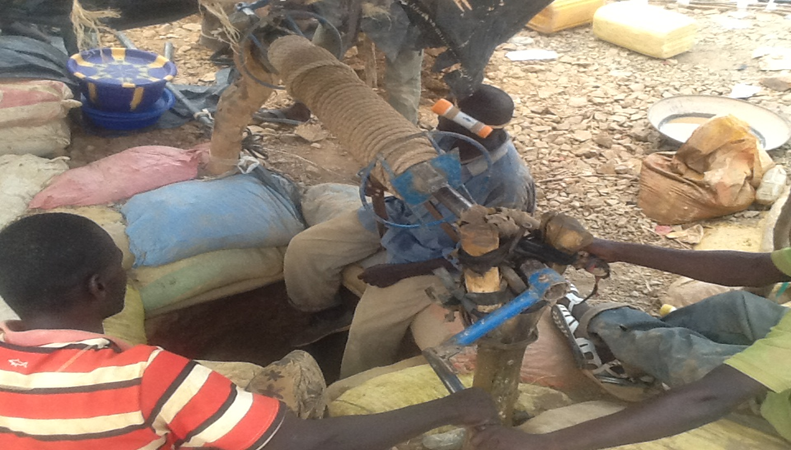 The ASM study report done by AMDC strongly hinted at how clear it was that most Governments recognize the importance and significance of ASM in the rural economy and the fact that in most ASM communities, mining is the predominantly viable income generation activity. ASM also induces other ancillary economic activities, such as agriculture for food production to supply to the miners; trade (especially food and beverages); as well as local transport between the mine site and the neighbouring villages. The governments also recognise that the activity has several problems that range from social, cultural, criminal, health, safety, illegality, to environmental.

Governments also see the need to assist the ASM sector to maximise its gains and turn the activity into an economic, social and environmental viable one. However, governments face numerous challenges that prevent them from intervening in a more effective way. The most common challenges include:

- Government institutions which are not fully decentralised in order to reach the remote rural mining sites;
- Government institutions that are not properly resourced (human, financial and infrastructures) to conduct permanent supervision of ASM activities;
- Some Governments do not have adequately skilled staff to assist ASM (the low salaries prevent governments from retaining skilled staff);
- Governments also recognise that legislation for ASM need to be strengthened in order to promote sustainable ASM (the majority of mining legislation is geared towards attracting LSM investments);
- As a consequence of legislation that is not oriented towards ASM promotion, countries have run out of potential areas earmarked for designation of ASM activities;
- The Governments also recognise that the competing interests and legislations over land (land law, forestry law, environmental law and mining law) need some sort of integrated approach to define priorities and management modalities.
- It has been difficult to make ASM to comply with environmental legislation, usually seen as expensive and lengthy;
- The role of local authorities is key to the management of ASM, however they need adequate skills and resources to supervise ASM;
- Governments also understand that legislation (Mining Laws) need to be improved to include gender and child labour issues;
- Governments also are powerless to address the formalization of ASM, especially due to high influx of foreigners (in some countries national ASM are only 15% of the total);
- Poor geological knowledge of the countries, which would lead to more informed area designation for ASM;
- Governments face huge difficulties in taxing ASM due to its informal nature;
- Governments recognise the need to structure properly the market for ASM products (a structured market would allow taxing ASM products);
- Governments also face challenges of illicit trade of minerals and cross border trade taking advantage of low export taxes in some countries. Thus, governments see also the need to harmonize the tax regimes at least at sub-regional level;
- Governments understand that there is need to channel ASM diamonds through the Kimberley Process, nevertheless its complex configurations. 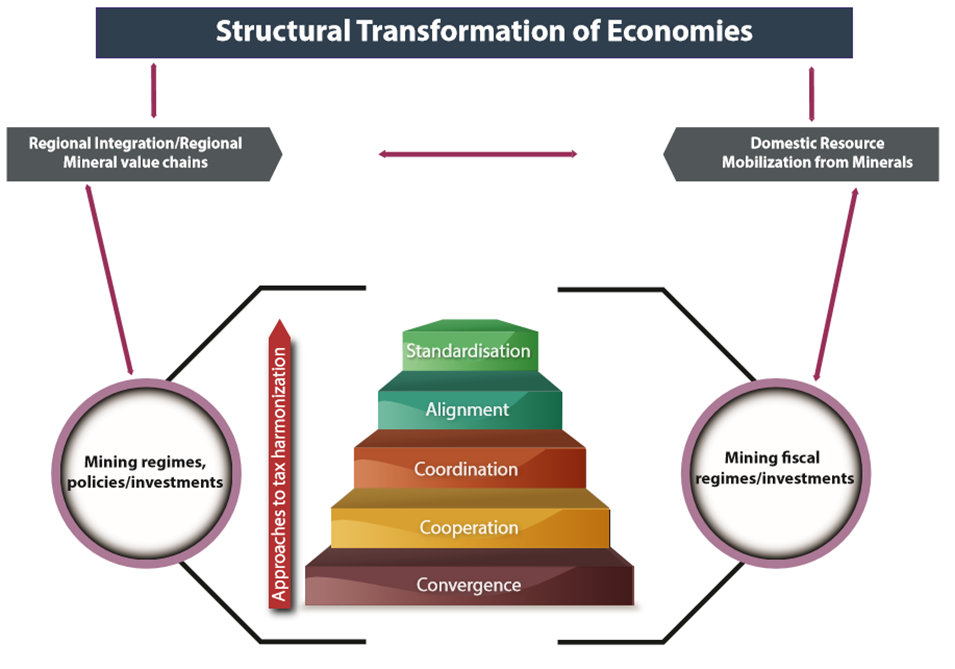